Model BSV-16 is no longer avalible, please review the below model as its replacement 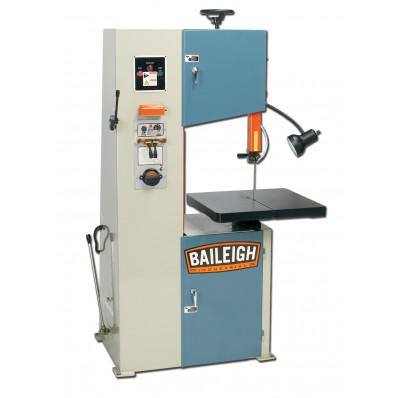 The BSV-20VS vertical band saw also includes, Saw blade shear, and a saw blade butt welder with a built in grinder for finishing the weld joint.  And to make sure that your cuts are straight and repeatable, Baileigh Industrial is also including a rip fence and protractor.  Like the rest of the Baileigh Industrial vertical bandsaws, the BSV-20VS is typically in stock for fast deliveries.

All of our metal cutting vertical band saws are made from extremely heavy gauge sheet metal frames using only the finest industrial grade components on the market. These vertical metal band saw machines have been designed and constructed to last for decades of service. Please call your Baileigh representative for further details.